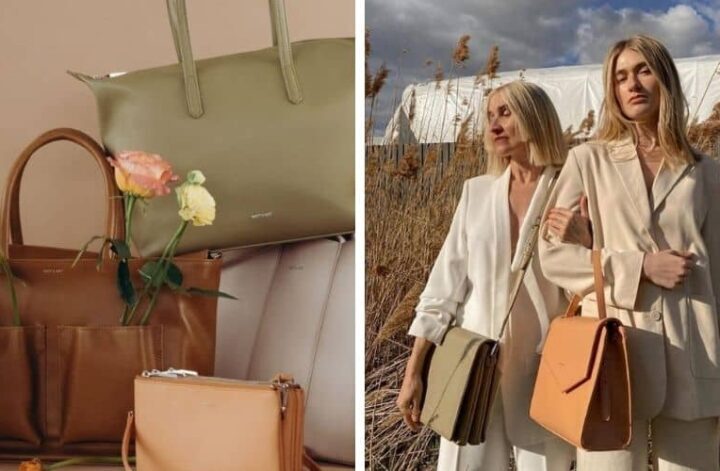 Vegan handbags have a lot to offer, whether you’re searching for a large sack to sling over your back/ shoulder or a small purse to slip some money, balm, and sanitizer into.

Vegan handbags have progressed much beyond their inexpensive, petroleum-based polyvinyl chloride (PVC) and the slightly cleaner-than-PVC polyurethane antecedents.

We sifted through slings to find vegan leather bags that are not only compassionate to animals but also committed to green resources and ethical production as much as possible, without sacrificing design.

Vegan handbags turning into a trend

Most of us consider our handbag, purse, or backpack to be a daily necessity. We all carry a bag, whether it’s a duffel bag for the gym or a briefcase for the office. The most ethical option is to use vegan bags, whether it’s a vegan backpack or a vegan handbag.

Thankfully, cruelty-free design and vegan lifestyle items are gaining popularity. Consumers are aware of the significance of the materials used in the purses we carry with us every day.

Vegan bags are becoming increasingly popular, and they can now be found in a variety of styles and price ranges. They’re showing up in high-end designer stores as well as your neighborhood department store.

What exactly are vegan bags?

It’s easy to believe that most bags nowadays are cruelty-free, but this isn’t always the case. Animal skins and furs are used in several traditional purses. Animal-based adhesives and colors are also possible.

However, leather is the most prevalent offender. Although cowhide is the most common material, other animal skins are also readily available.  Snake, sheep, pig, and even dog skin are among them.

Exotic animal leather, like crocodiles and ostrich, is also in high demand. Leather purses are not only costly but also quite harsh. Furthermore, the production of leather and suede is extremely harmful to the environment.

Desserto’s vegan leather, for example, is fashionable, eco-friendly, and made out of cactus plants. That’s right, you read that accurately. Desserto creates stunning vegan leather from cactus. It’s excellent for the environment, the animals, and your soul.

Get eco-friendly with vegan handbags

One of the best things about owning a vegan handbag is knowing that no animals were harmed in the making of it. Most importantly, vegan bags, especially vegan leather bags, are more environmentally friendly than their non-vegan counterparts. It’s a win-win situation for everyone involved.

Fortunately, numerous businesses are producing high-quality vegan handbags made from non-animal materials. These can be as simple as cotton and hemp or as complex as plant-based leather.

Vegan handbags are currently being manufactured from vegetable and fruit-based leathers, recycled polyester, and cork by some of the most forward-thinking companies!

Vegan leather purses, totes, baby bags, and backpacks have grown extremely popular since they resemble real leather in appearance and feel while containing no animal ingredients.

While leather bags are created from animal skin, vegan leather bags use artificial leather substitutes such as polyurethane, a fabric covering that gives it a leather-like gloss.

What role does it play in environmental protection?

Although this is a big benefit for animal advocates, the creation of synthetic leather is not good for the environment or humans due to the toxins in the plastics used to make it. Artificial leather is known as vegan leather because due to the material used which is never from animal skins.

Despite faux leather being vegan, it is not always “plant-based” or environmentally friendly: It’s usually made of plastic, which has a high environmental cost.

Real leather manufacture, on the other hand, necessitates cruel treatment of animals as well as high greenhouse gas emissions from livestock farming. The negative environmental impact of cattle farming, according to sustainability experts, is considerably worse than that of artificial leather.

However, there are companies developing plant-based alternatives, such as vegan leather produced from apple skins and pineapple leaves, but these haven’t yet reached the mainstream.

What are the benefits of vegan handbags? 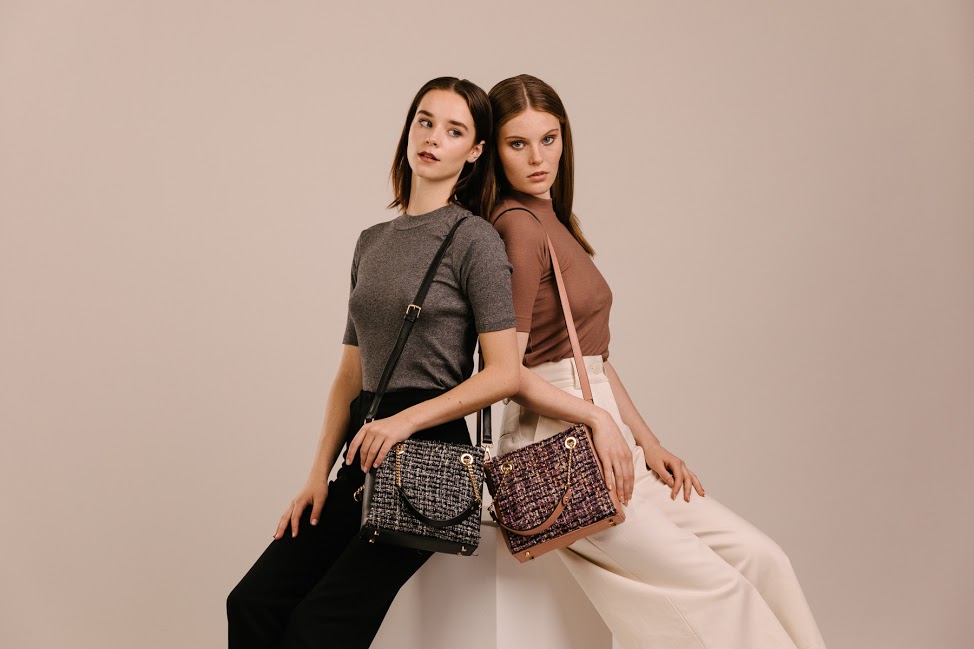 Planet Earth, too, is a fan of environmentally-friendly vegan leather. It takes a lot of energy and a deadly cocktail of chemicals to turn skin into leather, coal-tar derivatives, oils, formaldehyde, including mineral salts, dyes, and finishes, some of which are cyanide-based.  lime sludge, Water-fouling salt, sulfides, acids, and other contaminants are all found in tannery waste.

Vegan leather boots and shoes, handbags, billfolds, and car seat covers are also available. If you have a lot of money, Tesla recently joined BMW, Lexus, Ferrari, and Mercedes-Benz, as the latest premium manufacturer to offer vegan leather seating.

Vegan handbags not only make you look nice, but it also makes you feel good because it is devoid of cruelty. Every year, over a billion alligators, pigs, goats, sheep, cows, ostriches, kangaroos, and even cats and dogs are slain for their hides.

Many of these animals had their tails and horns cut off without anesthetics, and some are even skinned and hacked apart while still conscious. Vegan handbags, on the other hand, has a lethal aesthetic without the killing.

What’s the difference between a regular leather bag and one made of vegan leather?

When selecting between vegan and real leather, most individuals are concerned about the impact on animals and the environment. While the phrase vegan leather may imply a product that is environmentally beneficial, this is not necessarily the case. Synthetic leather is made using different chemicals and a different manufacturing technique than real leather.

The most typical approach to producing faux leather is to adhere a plastic coating to a fabric backing; the types of plastic used in these coatings differ, and this is what determines whether or not it is environmentally friendly.

Although PVC is no longer as widely used as it was in the 1960s and 1970s, it can still be found in the makeup of some vegan leathers. PVC emits dioxins, which are hazardous in confined places and even more so if they are burned.

Plasticizers like phthalates are also used to make it flexible. They can be exceedingly harmful depending on the type of phthalate utilized. Greenpeace has called it the “single most environmentally destructive sort of plastic.”

What is the odor of vegan leather?

The chemicals in vegan/faux leather created with PVC or PU often give it a peculiar odor. It has a ‘fishy’ odor that can be difficult to get rid of, especially if you don’t want to destroy the material. PVC can also release hazardous chemicals, which give off a foul odor.

How does vegan handbags appear?

Vegan handbags are available in a variety of shapes and grades, with some being more ‘leather-like’ than others. In general, particularly focusing on high-quality vegan leather, there isn’t much of a difference between it and actual leather.

However, because vegan handbag is synthetic, it does not develop a patina over time like real leather does, and it is far less breathable due to the artificial pores printed on the surface of leather.

Hi Guys! I’m Lily Brown. I was born in San Jose, USA. I started my blog in December 2021, I started this online diary as a way to share my favorite Fashion, Travel and Lifestyle finds. Now I share everything from family and travel to fashion, beauty, and home decor. I love connecting with you guys and sharing life’s beautiful journey a long the way.